The best places in the UK to buy your first home 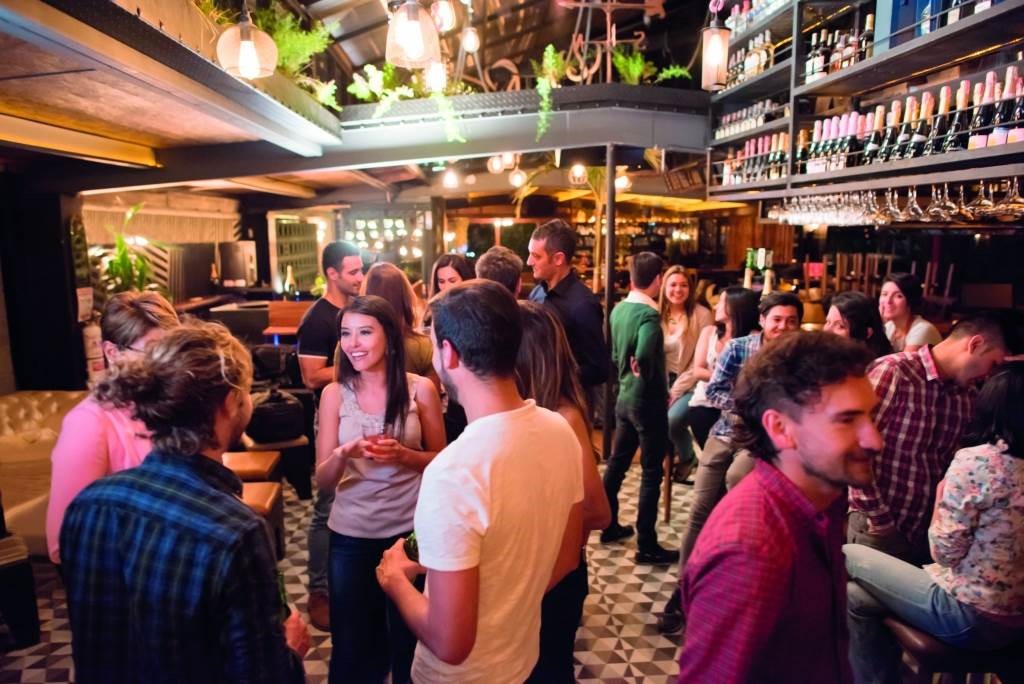 It has been a tough year to be a first-time buyer. As if saving for a deposit wasn’t hard enough, lenders withdrew low-deposit mortgages and the stamp duty holiday prompted a buying frenzy among second-steppers and buy-to-let landlords, pushing house prices even further out of reach.

Thankfully, there are better times ahead, with a new government-backed 95 per cent mortgage guarantee scheme on the horizon, and a chance to regain the edge against other buyers when the stamp duty holiday extension ends in June.

“First-time buyers will continue to benefit from their stamp duty exemption on homes costing less than £300,000 and a discount on homes under £500,000. This will particularly help buyers in London and the South East,” says Aneisha Beveridge, head of research at the estate agency Hamptons International. “Those looking to buy their first home may find better discounts and face less competition available on flats at the moment too.”

Now all that’s left to do is to pick the best (first) place to live.

Here are our top locations where affordability and desirability go hand in hand.

The pandemic has led to many buyers reevaluating their priorities, especially in regards to where they want to live. When the housing market re-opened last summer, there was a noticeable migration of buyers moving out of built up cities such as London to enjoy more space a greener areas.

Slough is most certainly one of those destinations that strikes the balance of fantastic connectivity to London, whilst enjoying beautiful rural beauty on its doorstep. The town centre is undergoing an impressive £3Bn regeneration including new leisure facilities, bars, restaurants and shops.

The town which was voted "Best Place to Live & Work" (Glassdoor) three years running also boasts some of the best (top 100) schools in the country and fantastic employment opportunities with over 6500 business located in the town including Ferrari, O2 and Honda.

The thriving town's location and continued demand for homes, has made Slough a commuter hotspot amongst London movers. Slough's population is expected to continue to grow at a rapid rate as the area impoves and London house prices remain unaffordable for most first time buyers.

The upward trajectory of Britain’s second (or is that third?) city has hit a bumpy patch with the loss of John Lewis from its revamped centre. Brum’s longer-term prospects look brighter, with HS2 confirmed and the landmark Grand Hotel restored to its former glory. Try Stirchley, a hitherto overlooked enclave on the favoured southern side of the city. Its good-value terraces are a short walk from a vibrant high street, home to cafés, artisan bakers and some exciting food and drink options. For those willing to wait until normal service has more or less resumed, also look to Digbeth, a hive of creativity and fun based around the quirky Custard Factory office complex.

Buzzy Brizzle, with its independent spirit and arty energy, is the perfect place to pitch your first permanent camp. The bad news is that it’s expensive, ruinously so in plum central locations. Look away from the redeveloped Harbourside, Clifton, Redland and the SS Great Britain. Try Bedminster, on the “wrong” side of the river — which is catching up with neighbouring Southville — and colourful Totterdown, or Easton, a dazzling showcase for the city’s diversity.

Unless you’re very lucky, you’ll have to work your way up the property ladder to the sea views and hearty, healthy living on offer in Penarth. More affordable — and still appealing — is leafy Canton, within walking distance of the centre and close to Bute Park and the legendary Purple Poppadom curry house, and Splott, which has some of the city’s best-value homes, as well as a not altogether justified rough-and-ready reputation that it’s finally beginning to shake off.

The ten-year makeover that revived Dundee’s waterfront and persuaded the V&A to look beyond London has made this fun, funky and down-to-earth city a destination for talented techies, designers and arty types. If you’re on a budget, you’ll find affordable flats even in choice neighbourhoods such as the waterfront and the West End. Or aim high, and go across the water to Broughty Ferry. This thriving, genteel suburb has a beach and beautiful coastal walks.

It’s hard to believe, but more than 40 per cent of buyers in Cambridge are first-timers. How on earth do they afford the average £381,000? Save yourself (and your parents) a few quid and take the train to Ely. The labs and lecture halls of Cambridge are still only a short journey away (London’s easily accessible too), the locals are friendly, there are some delightful historical houses — and homes are about a third cheaper.

If you have any urge to be on trend, there’s only one place: Dennistoun, the rough-and-ready enclave on the city’s hitherto unfavoured east side named last year as the eighth coolest neighbourhood in the world by Time Out magazine. It’s not there yet, but it’s heading in the right direction, and without losing its old-school Glasgow character: zero-waste stores and trendy bars sit side by side with traditional cafés and bakers. The bright tenement flats are still affordable (from around £120,000). Other fruitful hunting grounds include lively Strathbungo on the Southside and Burnside.

Get a foothold in Yorkshire’s unofficial capital. Our favourite spot here is the arty, villagey enclave of Chapel Allerton, where community-minded locals do their shopping on a high street with great independents. It’s not super-pricey (two-bedders from £150,000), but Leeds does have cheaper options. Try Kirkstall, which has a newish station and some decent terraced homes for under £200,000, or Crossgates, an up-and-coming suburb to the east of the centre.

If we had to choose one place in the UK that is likely to up and come and up some more over the next few years it would be Liverpool. From the new film studios to the waterfront regeneration surrounding Everton’s new stadium, everything looks set for good times ahead. It’s mostly affordable, even the Georgian Quarter, and sensible — but never boring — Aigburth. For the best bargains look at Toxteth, which is throwing off a troubled reputation that has lingered since the 1980s. Houses are cheap, with decent terraces available for under £100,000.

At Piccadilly East you’ll find Crusader Mill, the UK’s first purpose-built owner-occupier community. It’s in the up-and-coming area close to Piccadilly Station and is handy for all the best bits of the city: Oxford Road, Canal Street, the Northern Quarter and also Ancoats, which is fashionable but still retains its individuality. If you want a house consider the red-brick terraces of Levenshulme — although residents here are at odds at the moment over plans to introduce a “safer streets” initiative.

Is it even possible to find an affordable base in the South East? It’s a lucky and rare first-timer who can afford to buy in locations such as Amersham, Sevenoaks or the Surrey Hills. Instead, you’re probably looking at somewhere where convenience comes at the cost of an unflattering reputation. Luton, Slough and Reading, for example, have their advantages, but we think Milton Keynes is better. Business is booming here, with more than 1,000 company HQs, and it’s well connected — not just to London, but to Birmingham, Manchester, Oxford and Cambridge too.

Norwich is friendly, creative, walkable and environmentally minded, and the average age is just 34, with many keen to stick around after studying at one of the city’s two universities. Its compact centre is packed with interesting shops and cafés — 60 per cent are independents. The Golden Triangle, between the city centre and the University of East Anglia, is the plummest address, but you can find cheaper pickings to the north of the centre. Constitution Hill and St Clements Hill are perfect if you want to be near a park. Thorpe Hamlet, on the east of the city, is a good option if you need to be close to the station.

For those first-timers who have skipped the “footloose and fancy free in a flat” stage and are looking ahead to family life, this West Yorkshire mill town is just the ticket. It’s easily reached by train from Leeds and Manchester, surrounded by beautiful countryside, and its thriving high street is a millennial’s dream — all craft this and artisan that — and with a star family attraction in Acorn & Pip, a “children’s concept store” that draws yummy mummies and daddies from miles around. The schools are decent too.

Article by The Times 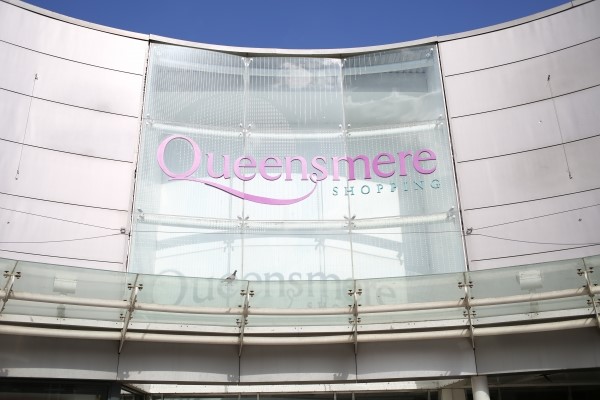 The Abu Dhabi Investment Authority and British Land have unveiled a new strategy for the redevelopment of two shopping centres to the west of London — they now intend to build more homes and fewer offices. British Land is the development manager for ADIA on the redevelopment of the Queensmere and Observatory shopping centres, which occupy a 14-acre site in Slough, and new plans are set to be lodged in the fall. A previous iteration of the scheme, called Slough Central, wou 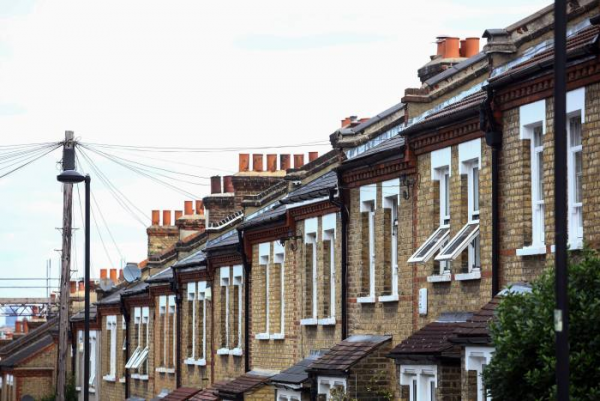 The Chancellor has confirmed the launch of a mortgage guarantee scheme for small deposit homebuyers.Announcing the scheme in the Budget today (March 3), Rishi Sunak saidsome of the largest lenders would be offering government backed 95 per cent mortgages from next month. He said: “Lenders who provide mortgages to homebuyers who can only afford a 5 per cent deposit will benefit from a government guarantee on those mortgages. “And I’m pleased to say that several of the country& 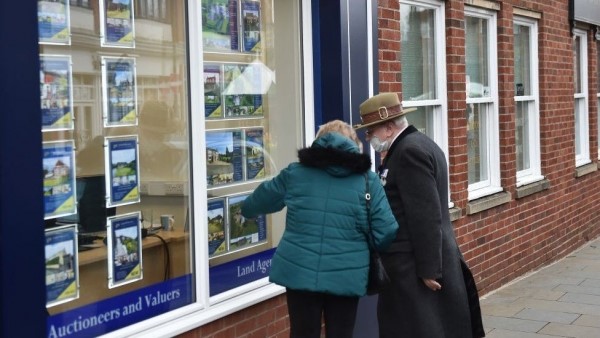 House price growth rebounded last month with the average value hitting a record high of £231,068, according to the Nationwide. Prices were up 6.9% from a year before, compared with 6.4% in January, it said. "This increase is a surprise," said the Nationwide's Robert Gardner, as price growth had been expected to slow ahead of the end of the stamp duty holiday. The holiday is due to end on 31 March although there have been reports it could be extended. The stamp duty holiday means the ta 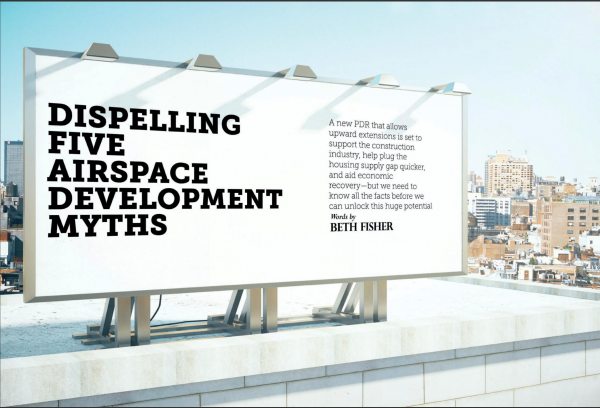 On 1st August 2020, the government introduced a new permitted development right (PDR) to enable more homes to be built on top of buildings without the need for the usual planning permission. The PDR allows the construction of up to two additional storeys to create new dwellinghouses above a purpose-built, detached block of flats.There are some exclusions, however. These include the existing building being less than three storeys in height; the building bei