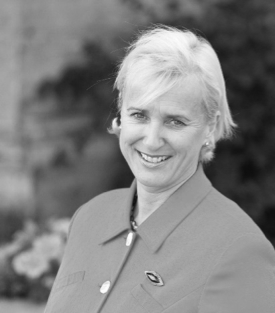 Deborah has been a senior executive in the property development industry for the past 30 years, specialising in brown field urban mixed use and mixed tenure schemes. Starting her career in the South West of England, Deborah quickly progressed to the urban challenges of London.

Deborah’s keen interest in mixed use and communities led her to become a Non-Executive Director (NED) of the Methodist Housing Association, which specialises in elderly living and care, Be First a Barking and Dagenham regeneration company and sits on Notting Hill Genesis development and assets committee. Deborah had also been advising West London Colleges on their £500 million redevelopment of their Hammersmith site.

With a company change to Crest Nicholson, Deborah became Managing Director of their Regeneration Division and achieved many successful award winning projects such as Bath Riverside in the centre of World Heritage city of Bath, in addition took that business through management changes including the Group’s IPO, leaving it as a thriving business producing over 600 residential units per annum, £25 million of commercial/retail, plus many community and arts projects.

Additionally, Deborah is an original Academician of the Academy of Urbanism, was a member of the CITB think tank on training and improving skills in the construction industry, is a member of the Catherine Awards for the Variety Club and a Fellow of the Royal Society for the encouragement of Arts, Manufactures and Commerce.