Extending homes without planning permission: homeowners can now add up to two storeys to flats and houses 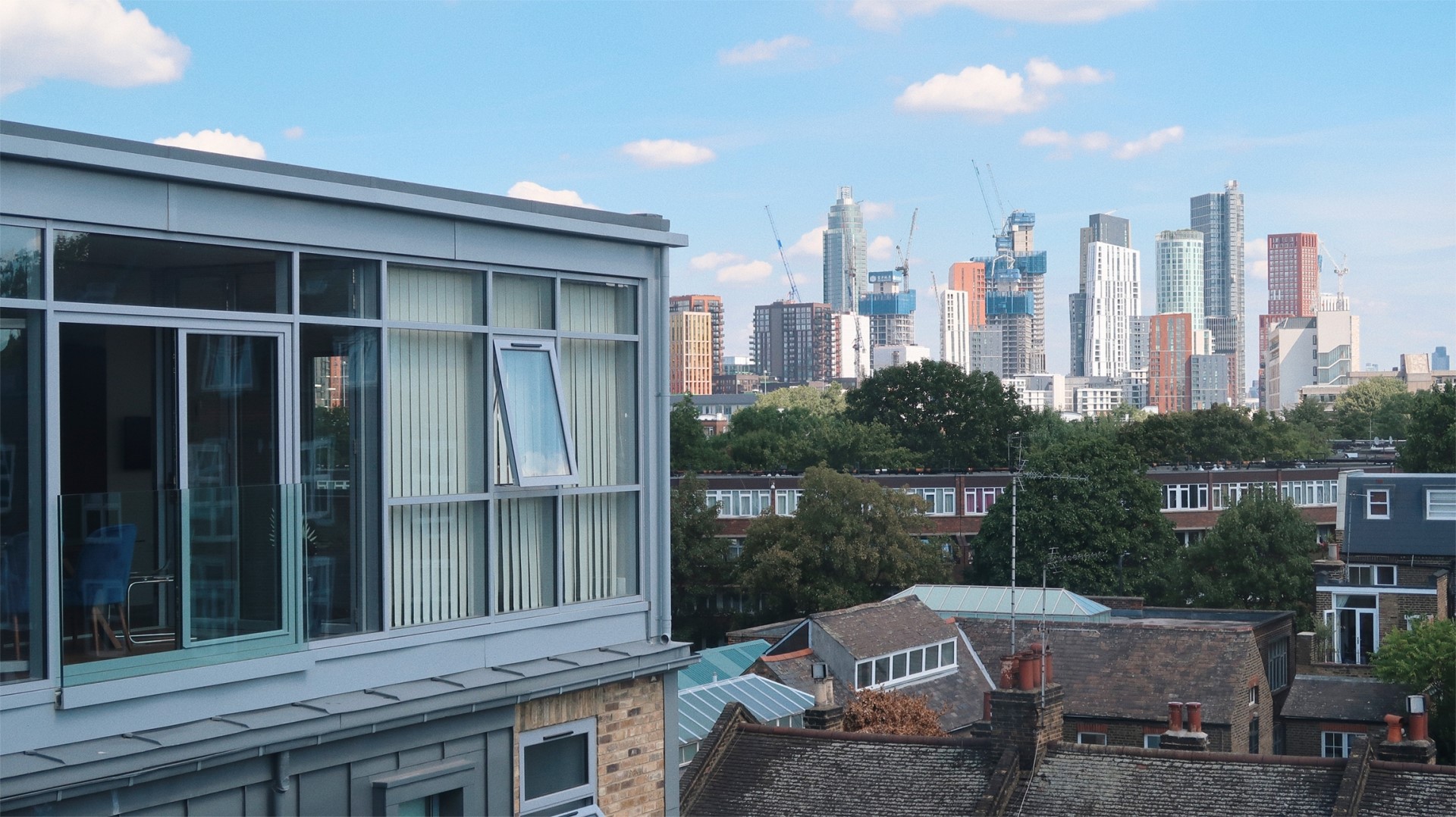 Since the government announced the new Permitted Development Right (PDR), a new class of permitted development rights came into play in August 1st. It is now possible to build up to two additional storeys to provide additional flats on top of purpose-built, detached blocks of flats without requiring full planning permission.

At Click Above, we have been experiencing a three-fold increase in enquiries relating to erecting new homes on top of existing buildings, we can confirm that airspace and rooftop development is receiving way more attention when it comes to helping London tackle the housing crisis. Airspace development is an creative solution, particularly in town and city centres where land is scarce. Rooftop development makes use of airspace above buildings, not traditionally considered.

We were delighted to see our Corben Mews penthouses, featured in The Evening Standard this week. The penthouses offer stunning views of South West London, between Battersea and Nine Elms — the article's photo was taken from the floor-to-ceiling windows we love. Find out more about the apartments which are for sale in London by clicking on this link.

You can read The Evening Standard feature below and find out how we can increase the value of your asset, through airspace development of new homes above existing buildings:

Could there be a simple solution to London’s housing crisis? One that has been right under our noses — or, to be more accurate, just above our heads — all along? From this month, changes to the planning system will unlock a hitherto overlooked housebuilding resource that could change parts of London’s famous skyline forever: airspace development.

Developers and, to a point, homeowners will be able to add two storeys on to a private house, a block of flats, a shop or an office block, or really any kind of existing building, to create extra living space without the need for planning permission. Red tape is being cut in order to reduce urban sprawl and pressure on greenfield sites, while allowing cities to grow. “Before [the change was announced] we got about three enquiries per week,” says Richard Taube, managing director of rooftop development specialist Up Space. “Now we are getting 15 to 20.”

There are restrictions under the new rules, however. The existing building must be detached, while listed buildings and those within a conservation area may not be used for airspace development. Despite the limitations Laith Moubarak, acquisitions director of airspace developer Click Above, is enthusiastic about the potential: “Land in town and city centres is scarce and therefore the new rules will most certainly impact housing supply. Addressing the housing shortage makes sense.”

Firms build prefabricated “pods” in factories, constructed from lightweight panels and complete with everything from fitted kitchens to electrics. The pods are then simply craned into position.

These rooftop homes are appearing all over London. Right on the fringes of the Nine Elms regeneration zone, Click Above has just finished adding two two-bedroom penthouse flats on top of a small block. It all happened with astonishing speed. The apartments were built off site and then craned into place in the space of a single weekend, after six weeks of preparatory work. The flats are now on sale priced from £675,000 (corbenmews.co.uk).

Click Above’s Laith Moubarak says the firm has plans for another 150 new homes in similar rooftop developments and is in talks with “numerous” councils about adding flats above council-owned buildings: “Off-site construction results in at least half, and often 60 per cent time savings, compared to a traditional build.”

THE POTENTIAL TO CREATE 41,000 NEW HOMES

Analysing Ordnance Survey and Land Registry data, estate agent Knight Frank has identifed 23,000 buildings, in travel Zones 1 and 2 alone, that could be suitable for rooftop development, potentially providing space to build 41,000 new homes. This sounds like a lot, but bear in mind that London Mayor Sadiq Khan estimates the capital needs 66,000 new homes to be built each year to accommodate current and future Londoners. Even so, rooftop developments have the potential to help the housing crisis in a substantial way.

WHAT ABOUT THE PITFALLS?

The Royal Institute of British Architects says the change in regulations is “deeply concerning”. In its official response to the Government’s proposals, RIBA warned: “The poor quality of existing residential development under permitted development is creating large quantities of unsafe and poor-quality housing that will create long-term problems for the housing stock. Policy on this matter should not be focused on numbers alone. Quality is vital.” A loosening of planning controls is also of concern to Peter Murray, chairman of New London Architecture.

“In theory there is nothing wrong with building on top of buildings,” he says. “But it will have quite a visual impact. The risk is that not enough thought will go into the design of these extensions. You need good architects, but a lot of people will just ask their builder if they can do something.” Design issues aside, neighbours can also be seriously impacted by nearby developments that could block their light and overlook their homes.

However, Richard Taube of Up Space says permitted development does not constitute a free-for-all. “You still have to do daylight and sunlight assessments and things like that,” he explains. “We can’t just build what we like. But before [the change] everything was very subjective and some councils were resistant.”

You can only add to apartment blocks that are at least three storeys high. And if you want to add two extra floors to your home you will be subject to the normal planning rules, which are tough. As well as meeting building and design standards, Click Above’s Laith Moubarak points out that the change in permission only applies to detached homes built between 1948 and 2018. “It is only applicable to a small number of [private residential] London properties.”

Freeholders are within their rights to carry out a rooftop development without the permission of their leaseholders — but freeholders generally prefer to get their leaseholders on side, offering up incentives such as better fire safety, improvements to the communal areas and landscaping and a future reduction in service charge, in return for them putting up with the disruption of building work.

If residents share the freehold and decide to develop their rooftop, they could sell the rights to the airspace to a developer, and split the proceeds. The typical payday for a London airspace development would be in the tens, rather than hundreds, of thousands of pounds per person.

You can read the full article here.