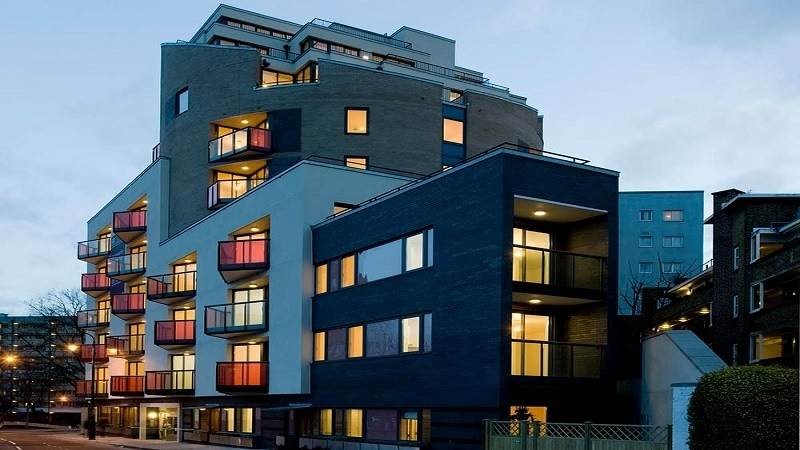 UK Housing Loan:- The UK seems to be dragging its heels when it comes to building homes off-site while Canada, Japan and Scandinavia have enthusiastically embraced the concept.

We’ve been reluctant to stray from the comfort of solid bricks and mortar to timber framed homes where kitchen or bathroom modules are built in factories and slotted in.

Perhaps it’s that negative memory of post World War Two prefabs hastily put up in the 50s and 60s to solve our housing crisis. They were only meant to be temporary but lingered on well past their sale by date looking tatty and dilapidated. More worryingly they were found to be made or clad with cement board containing asbestos.

The Tide is Turning

However, prefab construction is set for a massive renaissance in the wake of the current housing shortfall and the Government’s target of 300,000 new homes each year up to 2023.

There’s also a labour shortage time bomb ticking in the construction industry. The majority of brick-layers, joiners and electricians are in their 50s – dangerously close to hanging up their hats with a lack of fresh blood behind them.

A House of Lords inquiry published in July 2018 came out overwhelmingly in favour of off-site construction two years after the Harmer Review Modernise or Die. The general verdict was the advantages of prefabs outweighed any drawbacks. The pluses included higher quality construction, addressing skills shortages, improving sustainability and helping to create regional jobs.

At the moment it’s estimated off-site building accounts for just 2 per cent of residential construction. However, this looks set to change with major players investing in the market such as Legal & General Modular Homes which launched its 550,000 sq ft factory in the Leeds area in 2017. The company told Radio 4’s In Business programme it plans for the factory to produce 3500 homes a year. Ilke Homes too has recently set up a 25,000 square metre factory in north Yorkshire recruiting 250 people in 2018 to work there.

Individuals who might not necessarily have considered a career in building, including women, are now part of the workforce. It takes about three months to train a new recruit to become a confident employee.

Ilke and Legal & General argue once standardisation comes in to cover this type of building it will deliver efficiency and make the supply chain less fragmented. There is also the benefit that building can continue no matter how bad the weather.

Off-site construction particularly lends itself to hotel developments and student accommodation where hitting deadlines are more important than creating an iconic building such as The Shard. It’s also not appropriate for converting grade 2 listed buildings into residential developments.

However, it is good for high security sites or urban locations where it’s important to keep movements on-site to the minimum.

What about residential developments? Are consumers likely to be more picky and less enthusiastic about homes that could look more like dolls houses than solid buildings?

Regeneration developer Urban Splash prides itself on delivering places to live which are design-led and give the customer greater choice. The company built its first 43 home off-site development in Manchester back in 2016 and currently a third of the properties it builds are produced this way.

Urban Splash Associate director, Chris Shaw, explains: “Our modular products are different. They allow us to be flexible in what we can offer the customer. You can configure your own home as we have three different layouts for each floor from the ground floor to the third. We sell space – the number of bedrooms varies – it’s up to the purchaser.”

He adds that Urban Splash homes have high 2.7 metre ceilings and windows up to a third larger than industry averages.

“Between projects we looked at where existing customers were moving to and rather than buying new build they were going for Georgian or Victorian houses.”

The homes have cross laminated timber frames with structurally insulated panels and also a mechanical ventilation and heat recovery system.

Currently the £100 cost per square ft doesn’t make it cheaper than traditional methods but cost savings are expected in the future. It typically takes 15 days from the raw materials to be delivered to the factory for the pods to be produced with a ‘zip-up’ time to assemble on site of a couple of weeks.

Shaw said in the next five years the company hopes to produce three quarters of its new builds this way. It now has its own factory after buying its East Midlands modular supplier SIG Building Systems in March 2018.

Click Properties has harnessed off-site construction to minimise disruptions for building a number of up-market roof top apartments in central London. The company is also trying to change opinion that prefab are ugly. Marketing, sales and communication head Anthony Moubarak says: “Our business model is to sell and we have to make them attractive. In high value places you can’t deliver boxes that look like toys.”

Planning from the Outset

Building this way is not an easy option as everything has to be calculated exactly beforehand. Managing director Aaron Emmett says: “You have to plan to the nth degree. In traditional building you make decisions later.”

Roof top developments have to be extremely accurate with the importance of commissioning architects who are experts in building this way.

When it comes to measurements there are practicalities as to whether the module can be transported down the street. If it’s wider than 3.5 metres then a police escort is needed. Elements like this are what will keep off-site construction under control.”

There are also some property development finance stumbling blocks especially with risk averse credit committees of major banks. “The banking and financial sector is behind the curve. They haven’t quite got their heads round it. The risk profile is different from what they have seen in the past due to asset finance.”

Emmett explains that traditionally building materials turn up in a truck and a quantity surveyor would tick them off everything from screws to plaster as it arrived on site. They would be paid for upfront for projects with long lead in times and vesting certificates issued.

“Now you have to think differently. The quantity surveyor has to go to the factory and understand what is happening and say what has been built. And what happens if the factory goes bankrupt between them producing the unit and it arriving on site?”

Emmett argues the solution is to visit the factory look at its balance sheet, order book, parent guarantees and through put. He points out that traditional JCT, Joint Contracts Tribunal, agreements have ‘step in’ rights allowing the bank to take over and employ sub-contractors to complete the project.

He describes off-site construction as a “grey area” if the factory goes bust as to who can finish the development. “These rights need to be drafted differently for companies using modern methods of construction. This is really nitty-gritty detail and this is why there are some limits on the sector.”

He maintains the answer is for the sector to develop a system of standards that everyone can refer to and rely on.

However, the introduction of BOPAS, build offsite property assurance scheme, certification to guarantee a lifespan of at least 60 years for prefabs has helped.

Shaw adds: “There’s an education element. You have to spend time with lenders but the more off-site is done in the future, the more normal it will become.”

You can also read the article here