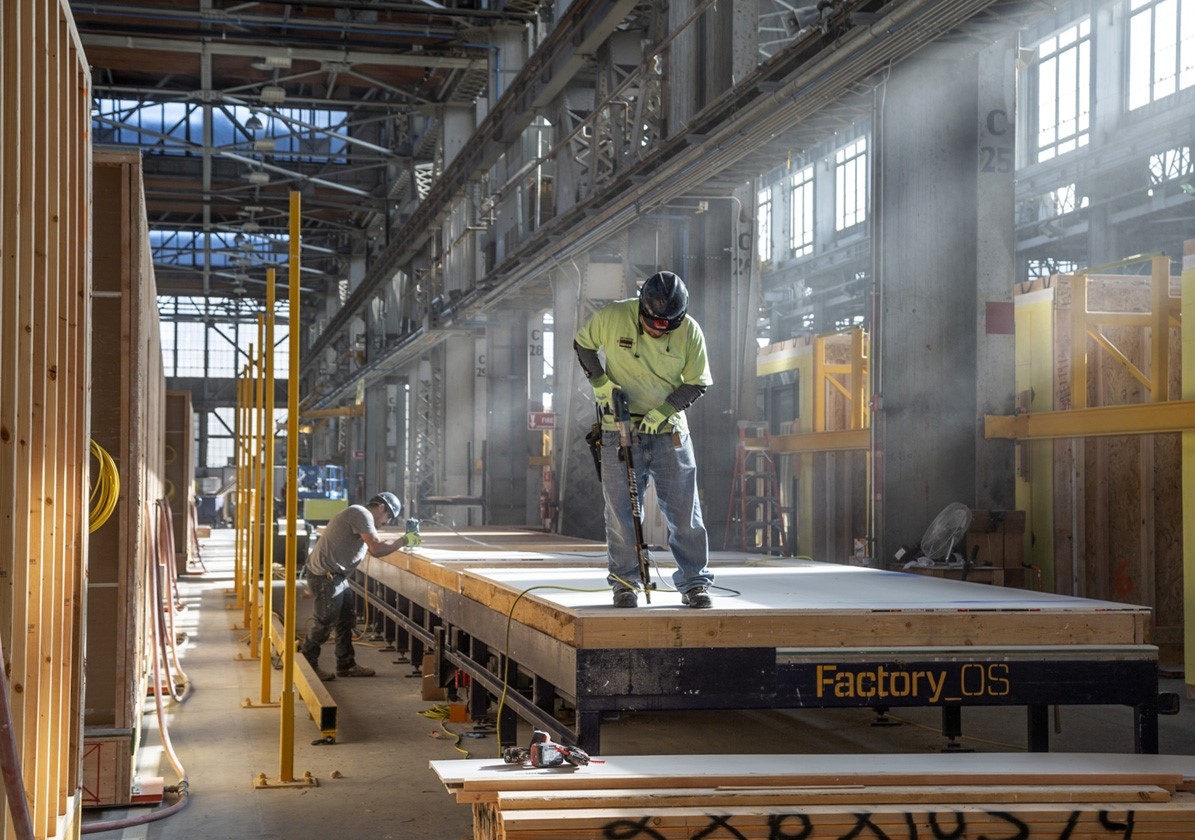 
London Assembly members have urged the chancellor to pump "significant" funds into offsite manufacturing to help tackle the UK housing crisis. In a cross-party letter to Philip Hammond ahead of Wednesday's Budget, six assembly members have called for extra investment in modular housing. The plea follows a pledge by Mr Hammond that the UK will build 300,000 homes a year. “Traditional bricklayers and construction workers alone aren’t going to be available in sufficient numbers with the right skills to build the number of new homes we need,” the letter warns. It adds: “Construction has lagged behind in productivity terms for decades and now, only a cutting-edge, digitally-led industry that combines both traditional construction and factory-based precision manufacturing can support the vast demands we as a nation now require.”

The industry has already voiced fears over the potential impact of Brexit on the availability of EU labour. In London, around a quarter of construction workers are from EU countries. The letter adds: “Offsite manufacturing can attract the younger generation to digitalised career paths, minimising the industry’s reliance on imported skills and giving us a further opportunity to upskill workers at home to build the homes that are so desperately required. “This is a win-win for everyone”.

Modular housing has been increasingly championed as way to help tackle the UK housing crisis, but has so far failed to attract significant backing from central government. However, firms such as Legal & General and Laing O’Rourke have committed significant funds to modular construction. Nicky Gavron, the London Assembly planning committee’s chair who drafted the letter said: “Traditional construction techniques can only go so far and will not close the gap between need and supply without factory-built homes. Offsite manufacturing allows for consistent quality, better energy efficiency and more sustainable use of materials, true innovation in order to speed up the construction of houses which London and the country so desperately need”. The letter says London can “act as an engine room for regional growth in precision manufacturing, creating thousands of jobs right across the UK with London being a key driver of end demand”. It also calls for the chancellor to “use other land, planning and fiscal policy measures as appropriate” to back modular housing.

Mark Farmer, chief executive of consultancy Cast and author of the Farmer Review, added: “Officials at the Treasury need to get their heads around this and put concrete measures in place to create truly additional capacity – not simply ‘move deck chairs around on the Titanic’. The only way of doing this, which allows more output delivered at a better quality at a cheaper price, is to change the way we build homes”. The other signatories of the letter are Labour Group leader Len Duvall, Conservative Group leader Gareth Bacon, deputy chair of the housing and planning committee Andrew Boff (Conservative), Green Party Group leader Sian Berry and Liberal Democrat London-wide assembly member Caroline Pidgeon.